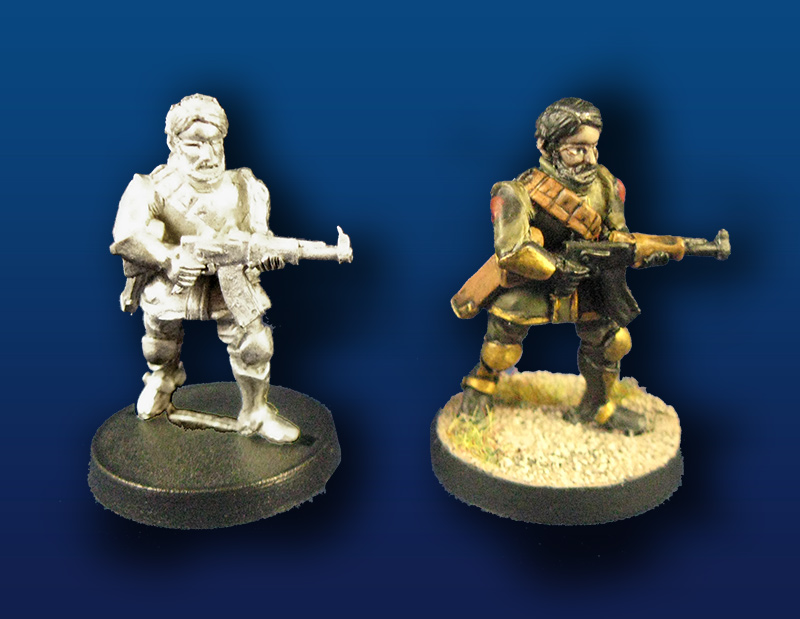 Back to: Kaiju Kaos

The Beng-Arii Syndicate is a MegaCorp (Mega-Corporation) with offices and laboratories around the world. Their mission statement includes four parts: they are the one company that cares for every man, woman, and child on our planet; they are accelerating global communications to better connect you; they are innovating advanced medicines, genetics, and cybernetics to sustain you; and they are modernizing defense technologies to shield you. In reality, the Beng-Arii Syndicate is a terrorist organization determined to rule the world. The MegaCorp is run by Dr. Kaos, whose base of operations is Kaos Island in the South Atlantic.

Of all the mercenaries employed by the sultanates of southern India, Naja Bhoot, the Serpent Ghost, is the most relentless. A man shrouded in mystery, Bhoot was imprisoned on genocide charges but escaped to Bijapur. While wreaking havoc throughout that region, Bhoot caught the steely eye of the COIL. Bhoot's propensity for coordinating lightning terror strikes with religious indoctrination made him a perfect candidate for executing COIL / Beng-Arii Syndicate operations in the area, a role he eagerly fulfills.

Naja Bhoot is based on a character by Jon Cremeans and COIL Club. This miniature was initially released on August 24, 2013 as a COIL Con IV exclusive. Naja Bhoot requires a standard 28mm slotta base for deployment (not provided).

All Kaiju Kaos miniatures are designed for play with other 28mm (1:56 scale) gaming miniatures.